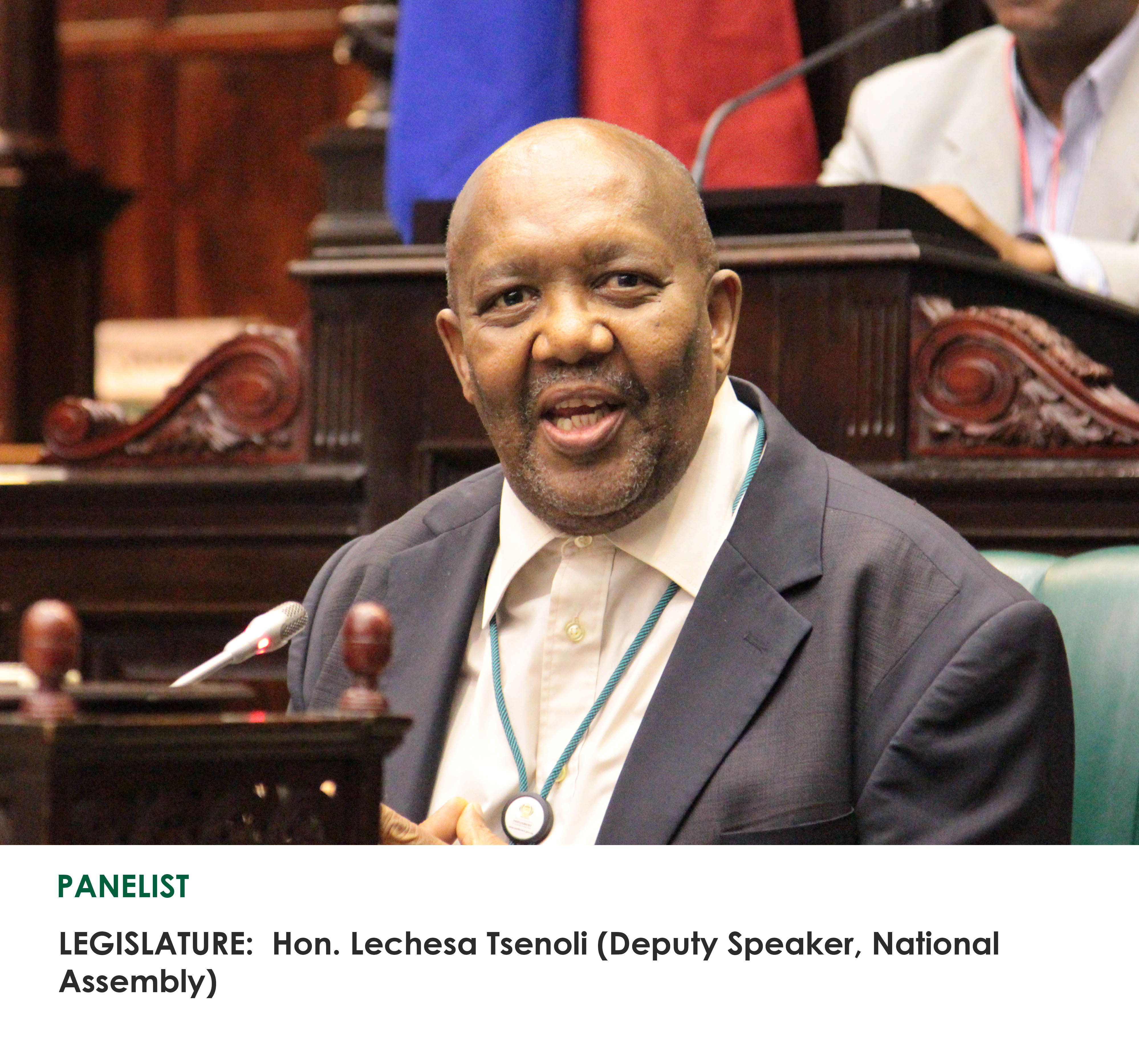 On 22nd July 2019, the Human Sciences Research Council (HSRC) and the National Foundations Dialogue Initiative (NFDI) agreed to sign a Memorandum of Understanding (MoU a partnership agreement to collaborate in hosting national dialogues.

Emanating from the partnership, the NFDI, HSRC and Institute for Justice and Reconciliation (IJR) hosted a Constitutional dialogue on “Assertiveness and Accountability under the Constitution” on 24th October 2019, at the Old Assembly, Parliament, Cape Town.

The dialogue commenced with representatives from the three partnering organisations making introductory remarks and pledging their support for the Constitutional dialogue. The key note speaker was Prof Barney Pityana, a member of the NFDI and Patron of the Thabo Mbeki Foundation.

The dialogue took the form of a panel discussion with one representative from each of the three branches of the State – the Executive, represented by Ms Ayesha Johaar (Acting Chief State Law Advisor to Hon. Ronald Lamola MP); the Legislature, represented by Hon. Lechesa Tsenoli (Deputy Speaker, National Assembly); the Judiciary by Justice Edwin Cameron (Former / Retired Justice, Constitutional Court); Religious Bodies by Bishop Malusi Mpumlwana (General Secretary, SACC) and Civil Society represented by Mr S’bu Zikode (Founder, Abahlali baseMjondolo). The conversation was extended to the primed respondents and then to the rest of the attendees. The panel and plenary discussions were facilitated and moderated by Mr Jaki Seroke (Robert Mangaliso Sobukwe Trust / Director, NFDI).

The CEO of the Desmond & Leah Tutu Legacy Foundation, Ms Piyushi Kotecha during the vote of thanks, reassured the audience, that the dialogue will be reconvened at their premises in Cape Town, to allow everyone in the audience, an opportunity to be heard. The dialogue was a great success.