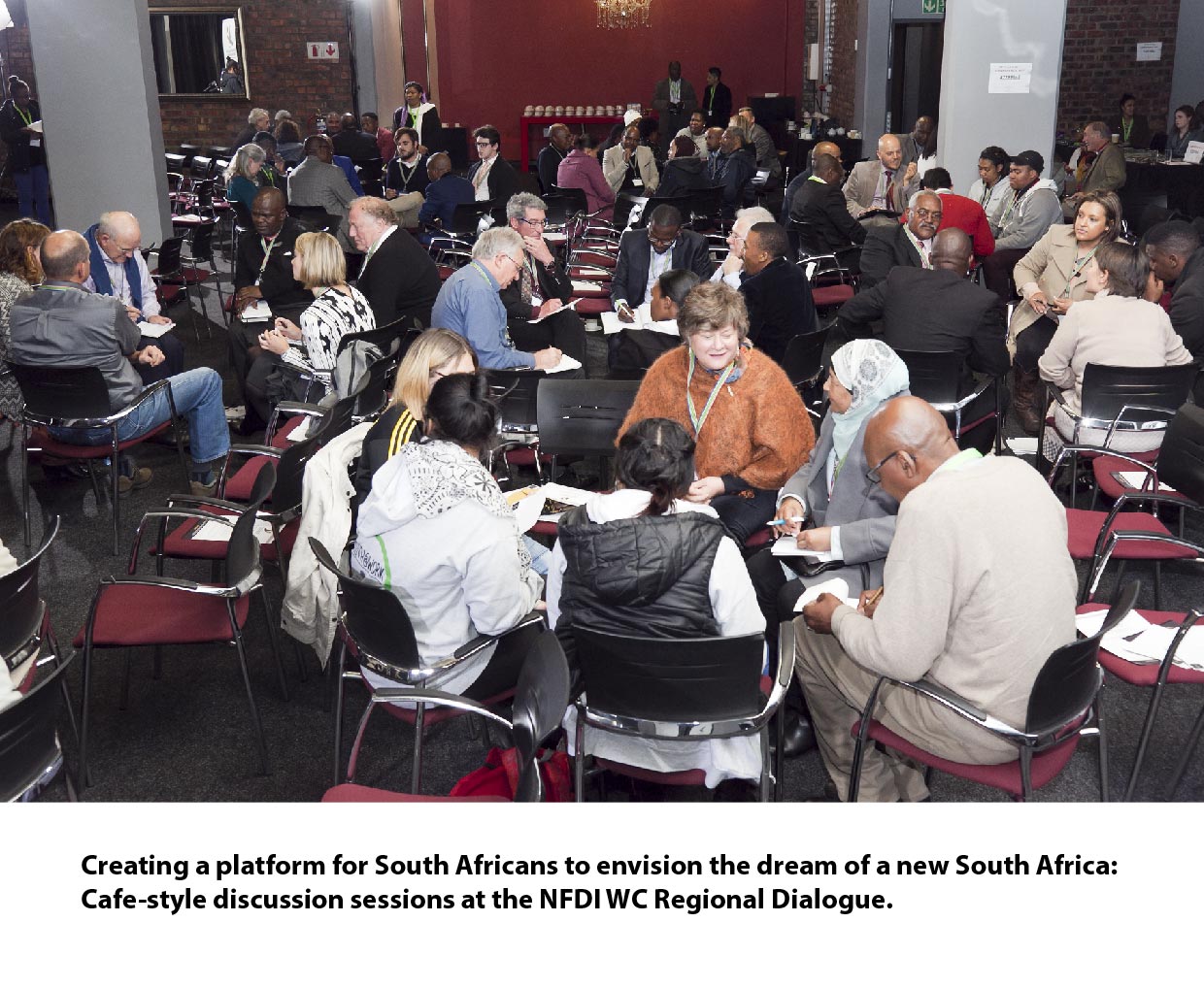 The 1st NFDI regional dialogue was hosted by the 3 NFDI Western Cape based Foundations which are The Desmond & Leah Tutu Legacy Foundation, the FW de Klerk Foundation and the Jakes Gerwel Foundation.

The NFDI hosted its inaugural dialogue on Friday, May 5th 2017 where it undertook to facilitate dialogues around the country.

Following the inaugural dialogue attended by former Presidents Thabo Mbeki, Kgalema Motlanthe and F W de Klerk, the NFDI hosted its first regional dialogue in the Western Cape on August 30th, 2017. The event was held at Protea Hotel Fire & Ice! by Marriot, New Church Street, Tamboerskloof, Cape Town. The dialogue theme was “Where are we with Nation-Building and Social Cohesion and what should be done?”

Delegates representing about 200 organisations around the city attended the dialogue to engage on the kind of South Africa they envision. The dialogue was jointly hosted by the 3 NFDI Foundations based in the Western Cape: The Desmond & Leah Tutu Legacy Foundation, the FW de Klerk Foundation and the Jakes Gerwel Foundation.

The event was hailed as a great success with coverage from the
different media houses. The SABC live streamed the entire event which gave the NFDI an opportunity to bring out its voice and fulfil its promise of engaging South Africans through dialogue.