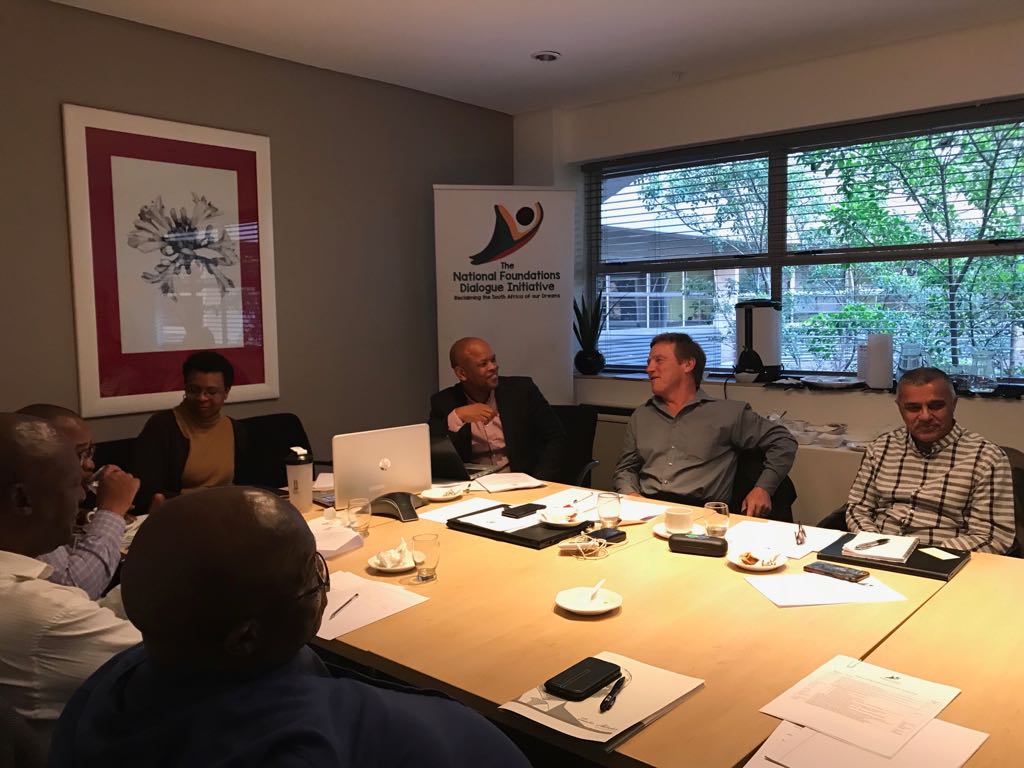 The NFDI hosted a strategy session on 23 May 2018 at Regus offices, Parktown, reflecting on NFDI’s mission and vision, previous dialogues and upcoming dialogues.

The key focus around this strat session was for the NFDI to revisit mission and vision as a result of change in the presidency.

Prof Barney Pityana raised the question on how we as South Africans can enhance the quality participation in shaping the country. He further stated that the nature and culture of the South African socio-political environment has outsourced the responsibilities that belong to citizens. It is our responsibility to get each South African to talk about themselves and democracy in a meaningful and positive way, so that we can reconstruct democracy.

It was noted that there cannot be any argument against the continuing dialogues as the country faces so many challenges. The question of continuity of dialogues is big and was raised during the 2017 workshop by representative from the Kgalema Motlanthe Foundation. Nothing has changed politically and dialogues are necessary but we should know the form that dialogues should take.